Progress is underway by a 12.26m diameter slurry TBM to excavate a 2.9km long double-track metro rail tunnel under Barracuda Bay in the city of Dalian in northeast China. The TBM is designed and supplied by CREG of China to excavate successfully through highly kastic conditions of the Yellow Sea seabed. 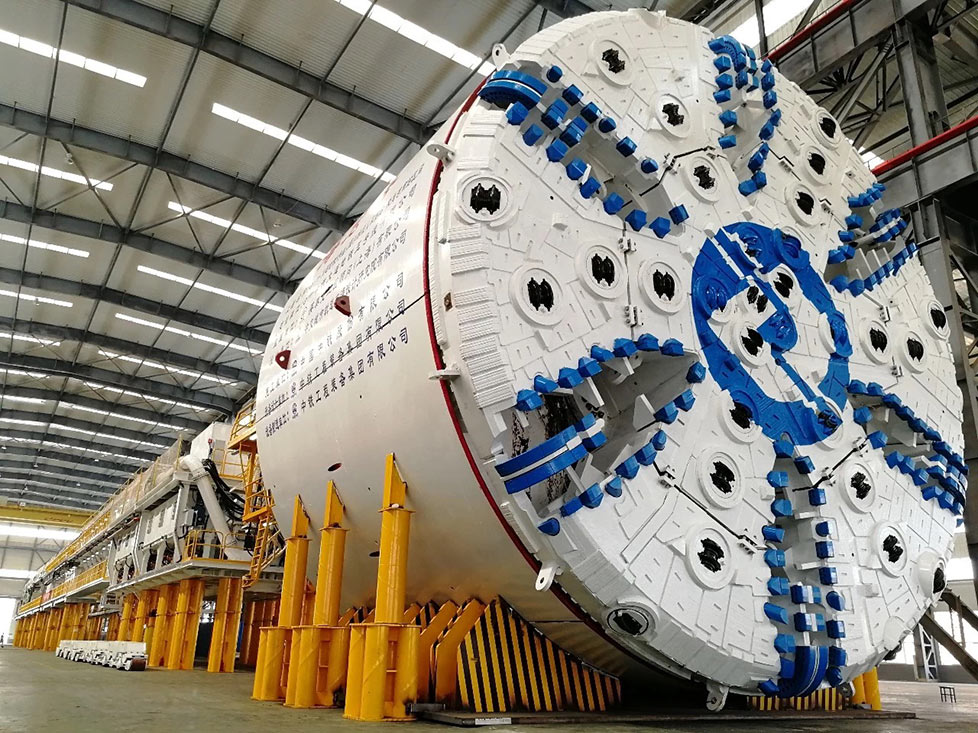 The 12.26m o.d. double-track tunnel, with 2.3km passing under the sea and the remainder under the landfalls, will operate beneath 12m to 22m below the seabed and under an added sea level of 9m to 14m (Fig 1).

The tunnel passes mainly through moderately weathered dolomitic limestone, dissolution stratum, moderately weathered calcareous slate, moderately weathered slate, and there are a few moderately weathered diabase intrusive dykes in the sea area. The geology presents a complicated construction environment with high associated safety risks. The TBM includes a number of leading technologies including a double-crusher system and a customized main drive capable of telescopic cutterhead movement and rotation in both directions to allow the changing of cutting tools under atmospheric pressure. 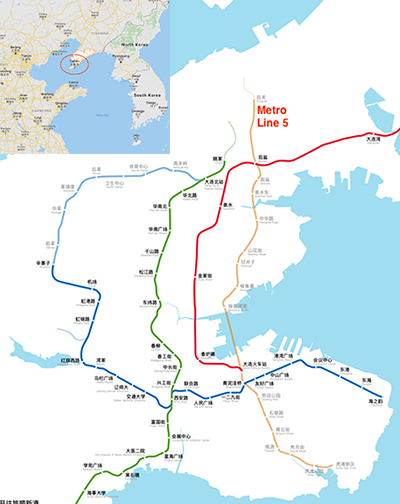 Fig 1. The TBM is working on the Dalian Metro Line 5 project

Since the start of the project, the designers from the Central Design and Research Institute of CREG have carried out many field investigations and have designed the TBM to cope with the difficult construction requirements including the high probability of encountering karst voids. CREG engineer Zhang Guoliang said: “As well as the seabed, this machine needs to underpass sensitive areas including the port railway, the harbor and the wharf. Together with the complex geological conditions and special regional characteristics, the project has been referred to as the first in China and internationally to face such conditions. The TBM is also equipped with efficient probe drilling and pre-grouting systems to improve the geological suitability and equipment reliability as necessary.”

The tunnel is a dominant element of the Dalian Metro Line 5 project. When completed the undersea section will link Dalian Railway Station and the Barracuda Bay South Station and will accommodate two metro rail tracks, one on each deck. The project is a public-private partnership between the China Railway Investment Group, Dalian Metro, and Chongqing City Transportation Development & Investment Group. Construction of Dalian Metro Line 5 will provide a large capacity and high speed north-south transportation corridor for Dalian to relieve surface traffic congestion and exert an essential role in forging a new urban pattern of integrating both sides of the city across the bay. 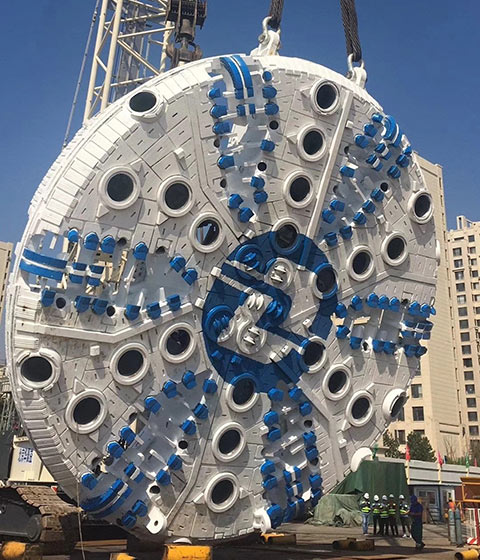 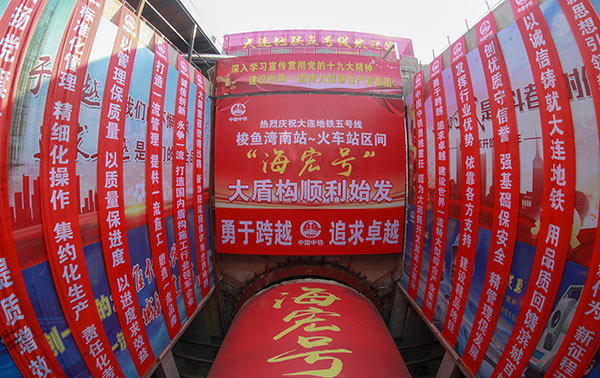 Assembly of the 12.26m cutterhead ready for launch (right)

The high-specification machine was developed jointly by China Railway Engineering Equipment Group (CREG) and The First Engineering Bureau CREC and was named Haihong, Hai meaning sea, and hong meaning grand to refer to the number of technologies used in the TBM design. The machine passed its factory acceptance test successfully in July 2018 in the CREG manufacturing base in Dalian, and since its launch in mid January 2019, is reported as progressing smoothly and according to the daily advance rates of two rings/day during its commissioning phase. To mid April 2019, it had excavated about 92m and erected 46 segment rings. 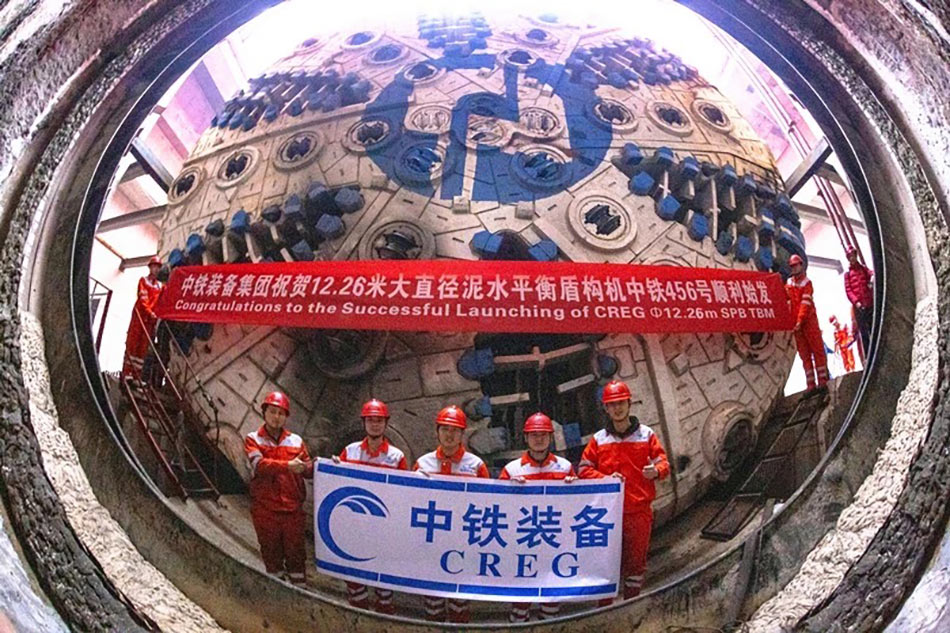 Crews celebrate the TBM and its successful launch